From the Entertainment Weekly interview:

Stephen King Q&A: Pennywise’s creator on scaring the hell out of 2017

How did the novella Gwendy’s Button Box come about with Rich Chizmar?
Gwendy was a real surprise to me. I had started this story Gwendy’s Button Box and I had, man, I don’t know, maybe 12,000 words. Then I just came to a place where I said, “I don’t know how to complete this,” and I just let it sit on the computer. Then Rich comes along and says to me in an email, “If you ever want to do a round robin story or want to collaborate …” It wasn’t even a pitch. I said in the same casual way, “Well, I have this story that I can’t finish. I’ll send it to you and if you can do anything with it, go ahead.”

Worked out nicely.
The book gets published. It turns into a moderate best-seller, and Book List just picked it as one of the best young adult novels of the year. And it kind of renewed my interest in Castle Rock. I hadn’t thought about that place in a long time, and I think Rich knew more about the backstory of the town than I did, but he got me interested in it. Now I’ve written another novella called Elevation, which is also a Castle Rock story and, in some ways, it’s almost like a sequel to Gwendy. Sometimes you seed the ground, and you get a little fertilizer, and things turn out.

What else is on the horizon for you? I know you have The Outsider coming up next year. That’s about the murder of a little boy, and a father and coach who is prominent in the town being accused …
Yeah, The Outsider is in May. I’m looking at the page proofs now. I love that book. I’ve got another book that doesn’t have a title yet and that’s done, and a novella that’s longer than Gwendy that’s called Elevation that will come out in some form. 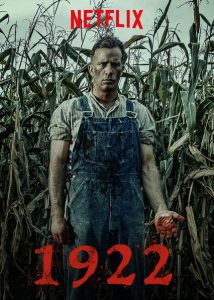 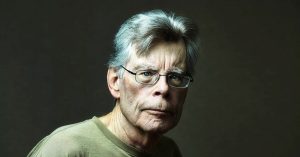