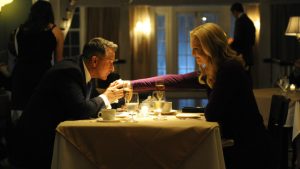 LaPaglia and Allen portray a married couple, with the wife discovering the horrifying stranger inside her husband while he’s away on a business trip — ending a good marriage.

“I’m delighted that ‘A Good Marriage’ is going to be available to the moviegoing public very soon, and hope we can scare the hell out of millions of people,” King said. “To me, that’s always an exciting prospect.”

The Reno Productions film is produced by Will Battersby and Per Melita.

The deal was negotiated by Suzanne Blech and Seth Needle at Screen Media, and Paradigm on behalf of the filmmakers.